Share a memory
Obituary & Services
Tribute Wall
Read more about the life story of WILLIAM and share your memories in the Tribute Book.

William S. Powell Jr. was born to Lenora Jackson and William S. Powell Sr. on October 31st, 1932, in Wheelwright, Kentucky. William accepted the Lord’s hand on November 2nd, 2022. He graduated high school in Wheelwright, Kentucky where he went on to college to study medicine. While attending college he was drafted into the United States Army where he was in the Korea War in the early 1950’s. He traveled to Japan and Germany before returning to the United States. William came to Oberlin, Ohio in the late 1950’s. He became a member of American Legion Fifth District Commander Post 656 where he served as post commander. He worked in the Steel Mill, Elyria Foundry, and Oberlin College where he retired in 1997.

He was a faithful member of Mt. Zion Baptist Church where he served many ministries and enjoyed singing in the Man's choir as well as the King’s Man’s choir. He enjoyed singing, fishing, cooking, and always had a clean car.

He is preceded in death by his parents Lenora Jackson- Adams and Williams S. Powell Sr., his wife Lazelle Powell, 1 child, 9 sisters, and 2 brothers.

Service will be held at Mt. Zion Baptist Church, 47 Locust Street, Oberlin, Ohio 44074 and repast will be in the fellowship hall.

To send flowers to the family or plant a tree in memory of WILLIAM S POWELL JR, please visit our floral store. 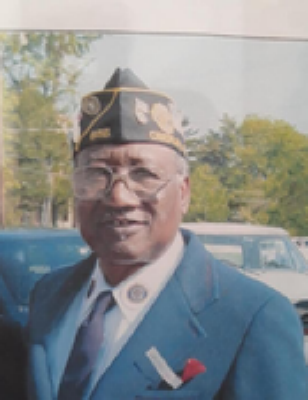