Share a memory
Obituary & Services
Tribute Wall
Read more about the life story of Maggie and share your memory.

Maggie Mae (Nee) Hathorn, age 101, of Lorain, Ohio was called home to be with the Lord on January 1, 2023.  She was born on August 15, 1921, to the union of the late Sam and Mattie Thomas in Macon, MS.  Maggie met and married Howard Hathorn in 1946 and they relocated to California.  Shortly after, they relocated again to Lorain, Ohio, where she lived the rest of her life.  Maggie and Howard were married for 51 years until his passing in May 2006.  From that union, they gave birth to 6 children, Annie Maurice Jones-Williams, Loretta Gayle Hawthorne, Mattie Laurel Hawthorne-Nelson, Johnny Howard (Trish) Hawthorne, Crystal Jean (Pig) Carter, Robert Earl (Poke) Hawthorne.  God-son Dennis Johnson.

Maggie was very strong on family, and she also had extended families including the Cheers, Huffs, Atwoods/Isoms, Jacksons, and countless others whom she called family.

She was awarded a Proclamation as being one of the oldest residents of the city of Lorain by Mayor Jack Bradley.

She was awarded a Proclamation for celebrating her 100th birthday by the Lorain County Board of Commissioners.

She was also awarded a Proclamation by President Barack Obama.

Special thanks to her granddaughters who took care of her during her lengthy illness; Dannette, Chante, Chrystal, Tor’Oviana, Zamaria, and A’sha.

To send flowers to the family or plant a tree in memory of Maggie Hathorn, please visit our floral store. 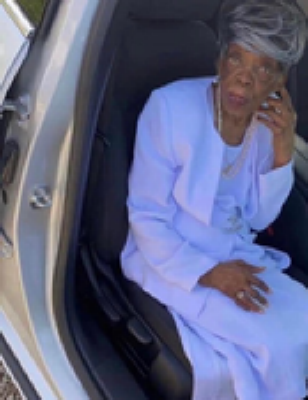 Look inside to read what others
have shared
Family and friends are coming together online to create a special keepsake. Every memory left on the online obituary will be automatically included in the book.

You can still show your support by sending flowers directly to the family, or by planting a memorial tree in the memory of Maggie Hathorn
SHARE OBITUARY
© 2023 Carter Funeral Homes, Inc.. All Rights Reserved. Funeral Home website by CFS & TA | Terms of Use | Privacy Policy | Accessibility