Share a memory
Obituary & Services
Tribute Wall
Read more about the life story of MARY and share your memories in the Tribute Book.

Mary Lee (nee Lynn) Cabbil departed her life on this earth November 4,2022. She was the youngest child of seven children born to the late Beatrice Freeman-Lynn. At an early age Beatrice passed away leaving her children in the care of her parents, the late Ecca and Janie Freeman. After their passing, Mary was reared by her older sister Jessie Lynn-Horn and the late Daniel Horn.

She attended Elyria High School, then completed two years at the Lorain Business School in Elyria. She accepted Christ at an early age and joined Macedonia C.O.G.I.C.  She diligently served as President of the Sandusky District Hospitality Committee, Leader of the youth department, Church secretary, Pastor’s Aid committee, Church Choir President, and many community services.

She was employed by Luxaire as an office associate for 2 years. She later found her love for fashion and began working at a women’s department store, Winkleman’s, where she worked for over 30 years. After retirement she decided to work as a bridal consultant at Sandra’s bridal shop and later became store manager at another women’s department store, The   Avenue, until she permanently retired in 2019.

A service to celebrate the life of Mary Cabbil will be held on Saturday, November 12th, 2022, with visitation from 10:00 am until time of service at 11:00am.

Service will be located at The Original Church of God in Christ, 512 Edward Avenue, Elyria, OH 44035.

To send flowers to the family or plant a tree in memory of MARY LEE CABBIL, please visit our floral store. 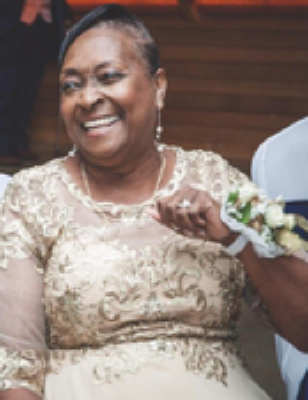 
Family and friends are coming together online to create a special keepsake. Every memory left on the online obituary will be automatically included in the book.

You can still show your support by sending flowers directly to the family, or by planting a memorial tree in the memory of MARY LEE CABBIL
© 2022 Carter Funeral Homes, Inc.. All Rights Reserved. Funeral Home website by CFS & TA | Terms of Use | Privacy Policy | Accessibility