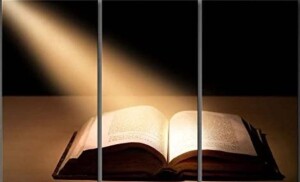 Minister Harry Lee Battle Sr. 80, formerly of Lorain, Ohio transitioned to his new home on Tuesday August 16th, 2022, in Centralia, Illinois. Harry was born on July 9th, 1942, in Huntsville, Alabama to the late Pastor Willie B. Battle Sr. and Viola (Mastin) Battle. He grew up in Lorain where he graduated from Clearview High School and played football on the undefeated team. He excepted Christ at a young age and joined the U.S. Marines in 1963 to 1967 with an honorable discharge.

Harry loved fishing, hunting, working with his hands, and spending time with family.

He is preceded in death by his parents and daughter Sylvia Lynn Battle White.

A celebration of life will be held on Friday August 26th, 2022. Visitation will begin at 10am until time of service at 11am at New Bethel Primitive Baptist Church in Lorain where Tyrone Holley is the pastor.

To send flowers to the family or plant a tree in memory of Harry Lee Battle, please visit our floral store.

A Memorial Tree was planted for Harry

You can still show your support by sending flowers directly to the family, or by planting a memorial tree in the memory of Harry Lee Battle
© 2022 Carter Funeral Homes, Inc.. All Rights Reserved. Funeral Home website by CFS & TA | Terms of Use | Privacy Policy | Accessibility