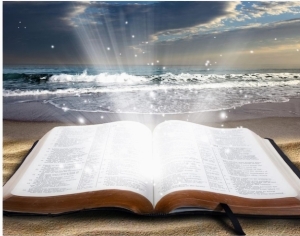 Dwight Owen Williams, 66, entered the presence of the Lord, unexpectedly on May 24, 2022. He was born on April 22, 1956, in Lorain, Ohio to the late Flossie Whitfield and the late Owen Williams. He is a graduate of Elyria High School 1974 where he was on track and field and wrestling team

Dwight was a CNC machinist at Lear Romec Crane Aerospace Company for 30 years where he served as a union steward for several of those years. He retired in June 2021. He is a member at Mount Zion Baptist Church in Elyria, Ohio since 1992. He held multiple leadership roles in church committees at Mount Zion such as the Usher Board, Male Chorus, and served as the Sunday School Superintendent. He became a Deacon on August 9, later became Head Deacon 1998, under the leadership Pastor Dr. Marcettes L.  Cunningham and served his final years under Pastor Calvin Currie.

Dwight was very active. His hobbies include reading, fishing, golfing, bowling, and traveling. He put together, coached, and played on his softball teams such Hollywood 9000 and hurt ‘em Bad in his younger years. He was an avid bowler and served in leadership roles to different bowling leagues.

Dwight loved life, the Lord and he loved his family and friends. No one was a stranger in his eyes. They instantly became part of the family, and you could not tell him any different. Dwight wanted everyone to do well and succeed and did everything he could through verbal encouragement and physical help to see that it was achieved. What he wanted and always wished and worked towards up until his last days is that everyone loves one another despite each one’s differences.

Visitation service will be held Thursday, June 2, 2022, at 10 am services following immediately at 11:00 am at Mount Zion Baptist Church, 632 West River Rd. N., Elyria, Ohio 44035 The Reverend Calvin Currie, Pastor, will be officiating.

To send flowers to the family or plant a tree in memory of Dwight O Williams, please visit our floral store.

A Memorial Tree was planted for Dwight

You can still show your support by sending flowers directly to the family, or by planting a memorial tree in the memory of Dwight O Williams
Share a memory
© 2022 Carter Funeral Homes, Inc.. All Rights Reserved. Funeral Home website by CFS & TA | Terms of Use | Privacy Policy | Accessibility