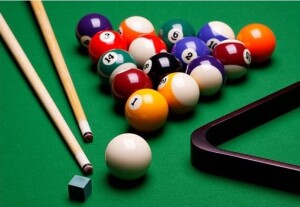 David Lee Gooden, 62 of Lorain, Ohio passed away after a valiant battle with cancer on March 2, 2022.

David graduated from Lorain High School in 1978. He was very active in sports, especially football and was very popular and well liked among his fellow classmates and within his neighborhood. As the eldest of his siblings, David was the leader of the Gooden pack. He always led with humor and pranks (too many pranks to count!). But when the occasion called for a serious mind, he never fell short and always did what was needed to be done. As a dad and grandfather, he was affectionally known as papa. David loved his children and grandchildren with all his heart, lavishing his family with love and of course his humor and pranks.  David also was an avid pool player. For years, he traveled with his team dominating the game.

To send flowers to the family or plant a tree in memory of David Lee Gooden, please visit our floral store.

You can still show your support by sending flowers directly to the family, or by planting a memorial tree in the memory of David Lee Gooden
Share a memory
© 2022 Carter Funeral Homes, Inc.. All Rights Reserved. Funeral Home website by CFS & TA | Terms of Use | Privacy Policy | Accessibility